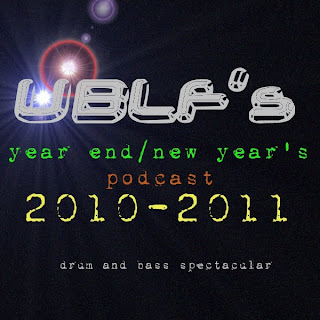 So, I decided to end the new year right with some good ole drum and bass! We're gonna hit 175+ BPMs for 45 minutes plus.

It's gonna be epic!

So sit back, strap in, and sense your way into the new year!


Happy New Year to all of you out there!


Now, to the tracklisting

Through my dealings on soundcloud.com, I've come in contact with many awesome people. One of these groups/labels has been Monkey Dub Recording. I've been privileged to use a few of their songs on my Dubstep Directive podcast. When I found out they had a song called "Dr. Pepper" on one of their compilation EPs, I had to find out more.

And in that I wound up buying the album entitled Primate.

Here's how to describe it - if you wanted to introduce someone to the world of Dubstep, this would be a nice way to do it.

B. Riddim is up next with the song Wake Up Dude! Here we go into the borderline chillstep territory. We're bringing dubstep back to the dub roots. The vibes are killin' it.

I hope I get the terms correct for VRS's song Step In To Dub. This takes me back to first wave ska/rocksteady sounds mixed with heavy dropping bass and drum and bass which is held back a notch to keep you skanking along with some steady steppin'. "Step In To Dub" to me is a middle ground between Lady Snake and B. Riddim. It definitely keeps the head noddin'!

Then comes my favorite song of the compilation - Hangman's "Dr. Pepper". Wobble, Laser, High Hats, Bass, stomping drum lines, infectious melody and grooves. There aren't any lyrics to the song, but I've found myself singing along to the instrumentation. It is just as addictive as my favorite soft drink.

The album finishes up with some laid back atmospheric dubstep from Accomplice. We're talking a few BPMs faster than the ambient dub sounds of Deep in Dub netlabel. I mean, this is just straight chillin' - the deep soothing bass, the flute, the nice dub guitar and keys and maybe some UK Garage influences to go alongside it all.

So, what is my verdict - get this album! It's not only a good intro into dubstep, but also into the Monkey Dub Recording's catalog on a whole.
Posted by UBLF at 10:53 PM No comments: 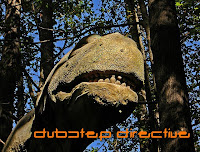 
OOOOOOOOOOOOOOOOOO goodness... the Dubstepasaurus is on the prowl - stomping and womping through the forests in search of phat grooves and hard hitting bass lines.

We have an hour of just that - and filth galore, with some wobble mixed in (direct download here).

Let's get this mix started with the tracklisting so you know who's responsible for this mayhem!

Wick-it the Instigator - Can You Feel It

the setup - Under Attack - abaga 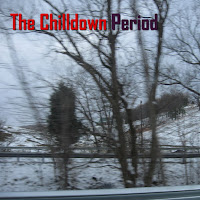 Here we are, once again, for another episode of the Chilldown Period! It has been a wild week - My wife and I traveled cross country, braved a Appalachian snow storm and enjoyed being with family.

Enough with the mushy stuff! We've got music to get to! (Download the show here)

So here comes the part where I get out of the way and let you listen to the music and discover the artists themselves!

I need to correct one thing before we go on - hearts + horses sings petals off of the park avenue music album. That is all.

Alexis Foxe - All the Stars

J-Punch and Dave Moonshine - When You Disappear - Stick Figure Guy